“In Africa there is a concept known as ‘ubuntu’ – the profound sense that we are human only through the humanity of others; that if we are to accomplish anything in this world it will in equal measure be due to the work and achievement of others.” ~ Nelson Mandela

TOGETHER WE ARE STRONG 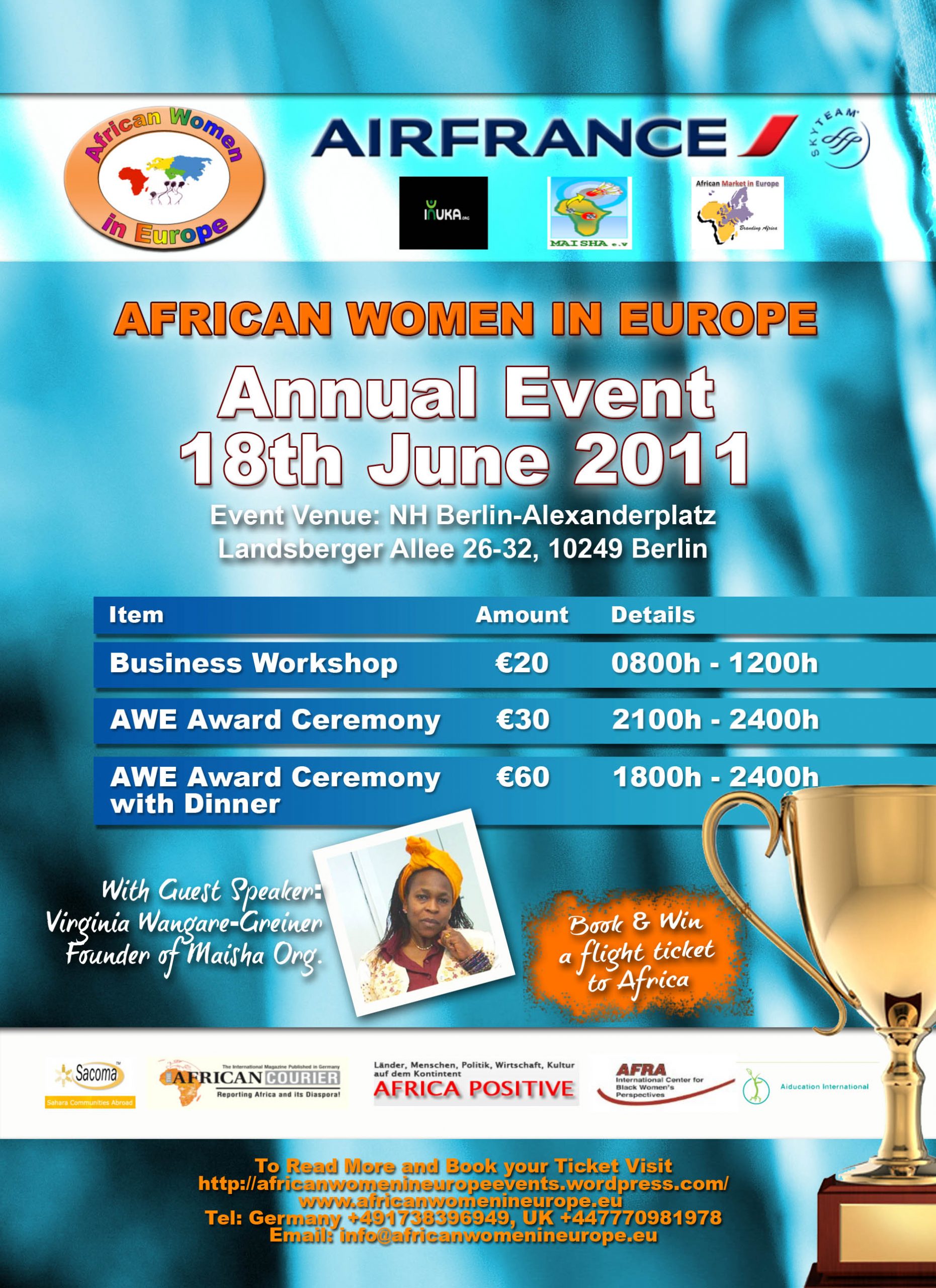 The first AWE Award 2011 was held in the trendy city of Berlin on the 18 July . The AWE Awards was launched with the aim to acknowledge African Women in Europe and their impressive achievements in the communities in which they live including those located across the African continent.

The event attracted over 50 participants living in cities across Europe such as Amsterdam, Geneva, London, Hamburg, Berlin and Paris. The main cities in Europe were more than adequately represented during the event. The event’s program kicked off on Friday evening with a social/cultural meet-up right in the heart of Berlin.

The participants met at an African themed restaurant where they could network informally and start to get to know each other in an informal atmosphere before the more formal part of the program started. Saturday morning started with the formal part of the event, a workshop facilitated by Kanini Mutooni, Founder and CEO of MyAzimia Ltd and Inuka.org. The title of the workshop was: taking the leap of faith and starting your own business’ and targeted women who already had businesses and those considering taking the plunge. The session was very interactive and involved women sharing their experiences and tips whilst Kanini provided a structured view on the more formal parts of starting a business such as writing a business plan, creating a business model and raising capital for a new business. The workshop was then followed by a bus tour to sample the sights and sounds of the beautiful historical city of Berlin.

The most exciting part of the program culminated at 7pm with the formal AWE awards ceremony which was attended by various dignitaries from the African diplomatic corps in Berlin such as the Kenyan Embassy representative Mr Konje, Ghana’s H.E Ambassador Mr Paul King Aryene, who gave a speech to inspire women and South African Embassy Deputy Head of Mission Mrs Cassandra Mbuyane-Mokone . Ms Virginia Wangare Greiner, founder of Maisha Organisation, was the guest speaker of the event. She inspired with her speech titled ‘situation of Immigrant women in Europe’. 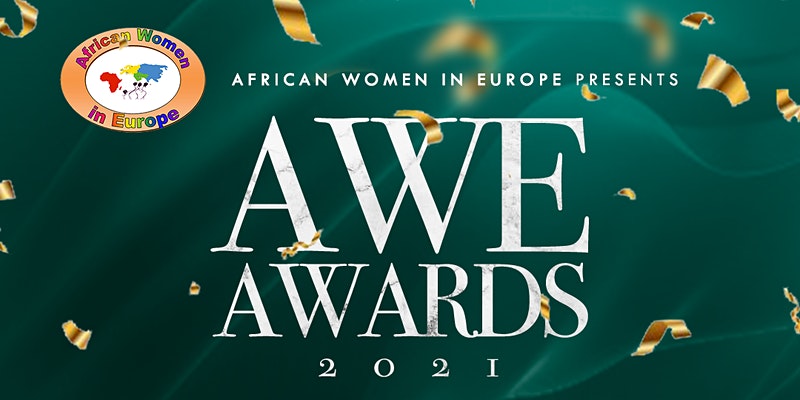 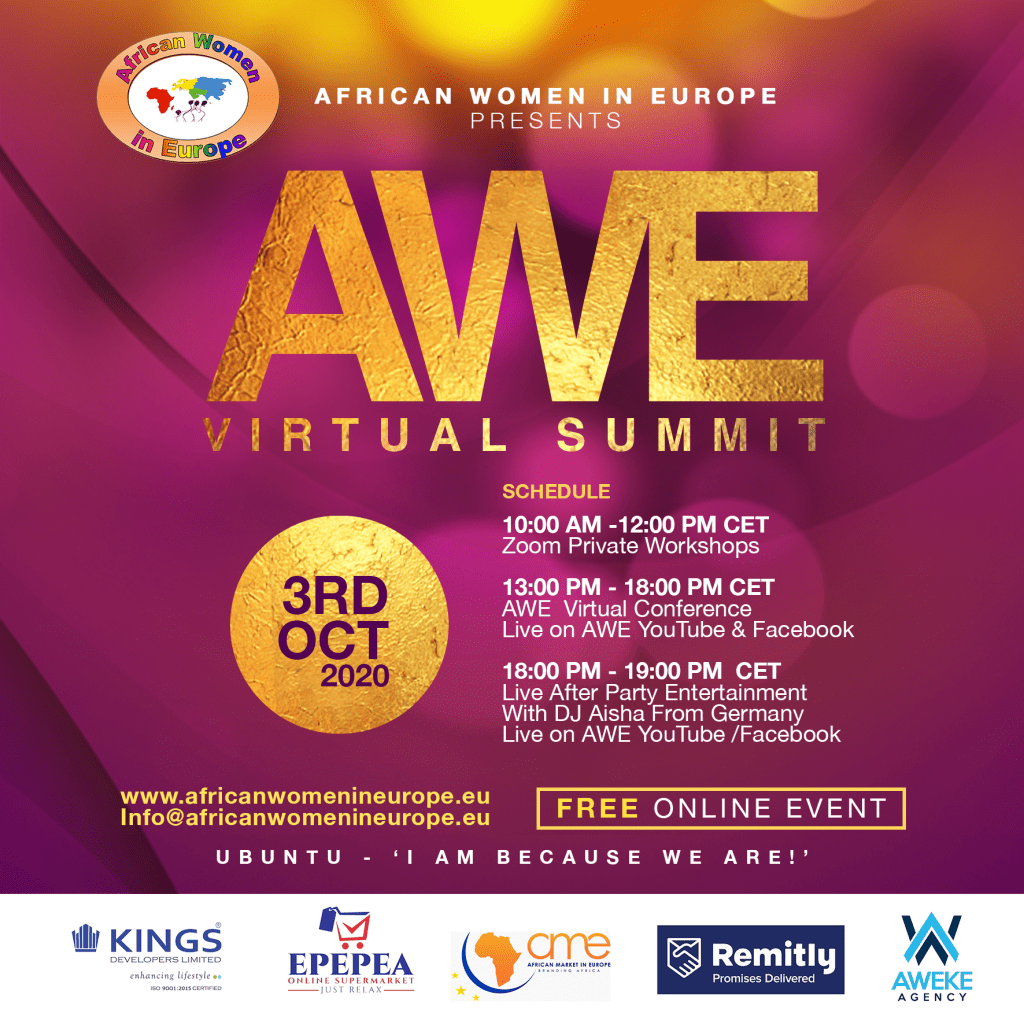 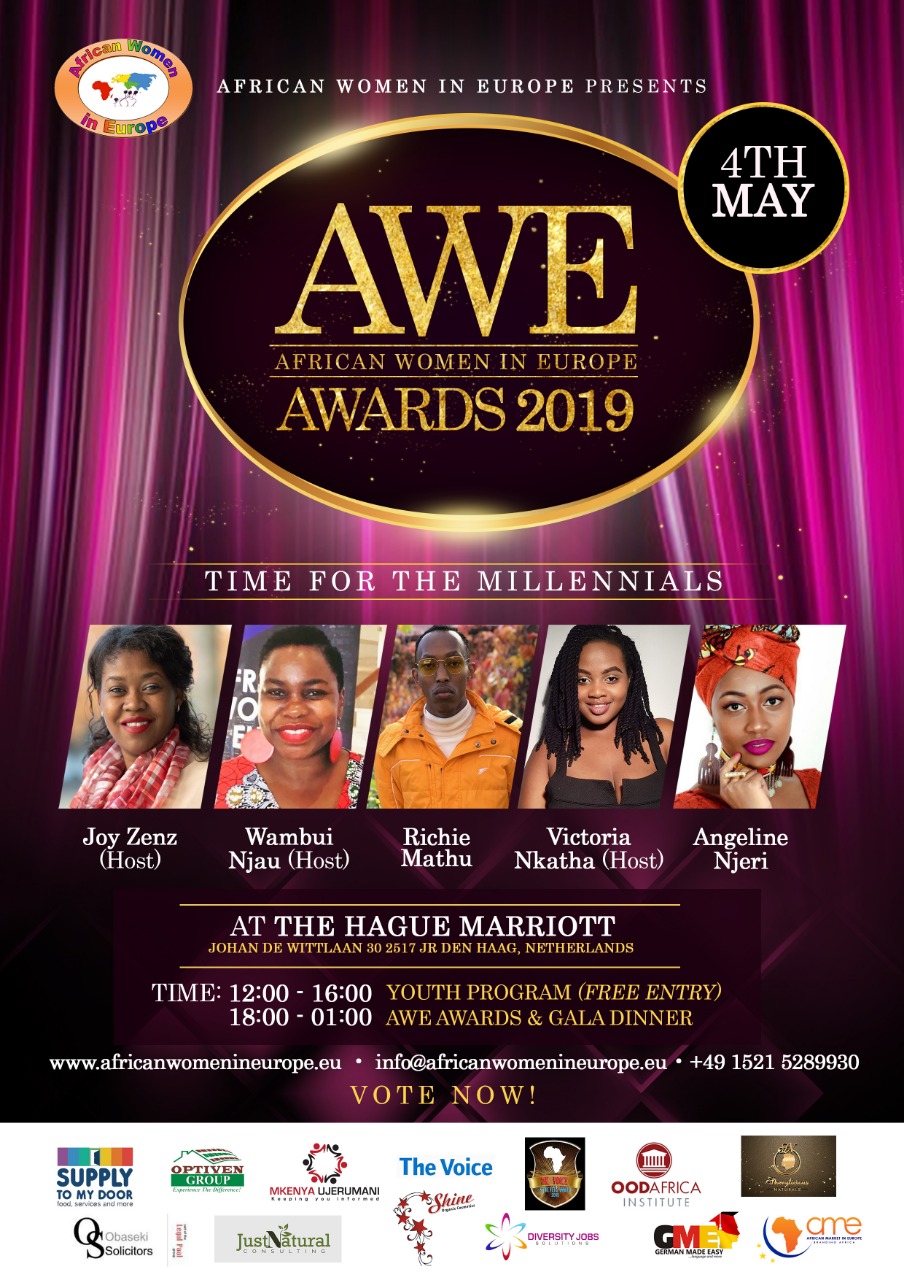 Read More
We use cookies on our website to give you the most relevant experience by remembering your preferences and repeat visits. By clicking “Accept All”, you consent to the use of ALL the cookies. However, you may visit "Cookie Settings" to provide a controlled consent.
Cookie SettingsAccept All
Manage consent

This website uses cookies to improve your experience while you navigate through the website. Out of these, the cookies that are categorized as necessary are stored on your browser as they are essential for the working of basic functionalities of the website. We also use third-party cookies that help us analyze and understand how you use this website. These cookies will be stored in your browser only with your consent. You also have the option to opt-out of these cookies. But opting out of some of these cookies may affect your browsing experience.
Necessary Always Enabled
Necessary cookies are absolutely essential for the website to function properly. These cookies ensure basic functionalities and security features of the website, anonymously.
Functional
Functional cookies help to perform certain functionalities like sharing the content of the website on social media platforms, collect feedbacks, and other third-party features.
Performance
Performance cookies are used to understand and analyze the key performance indexes of the website which helps in delivering a better user experience for the visitors.
Analytics
Analytical cookies are used to understand how visitors interact with the website. These cookies help provide information on metrics the number of visitors, bounce rate, traffic source, etc.
Advertisement
Advertisement cookies are used to provide visitors with relevant ads and marketing campaigns. These cookies track visitors across websites and collect information to provide customized ads.
Others
Other uncategorized cookies are those that are being analyzed and have not been classified into a category as yet.
SAVE & ACCEPT